Evidence the Bones of the Head Move???

In his book, Doctoring Data, Malcolm Kendrick, M.D. describes the “white swan hypothesis.” He states that if one’s hypothesis is that “all swans are white,” then as long as that person observes only white swans, he or she strengthens their position and they are correct. However, as soon as that person observes a black swan, he or she must completely reject their original hypothesis and form a new one, or flat out ignore the findings. 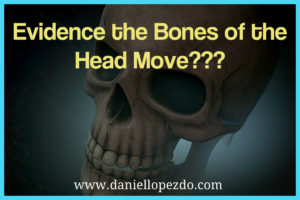 It’s like saying Bigfoot, Lochness monster, etcetera do not exist. If ever, a Bigfoot was captured, all of us who hypothesized Bigfoot did not exist would be wrong and our hypothesis discarded. Even if a randomized double-blinded placebo study was not done, we must still reject that hypothesis or ignore the findings. We would not need to see a randomized double-blinded placebo study to disprove our hypothesis.

I have previously argued why it would make sense for the bones of the head to move. In this video, I demonstrate the bones of the head move as I move them on a random person whom I have never treated prior. Also, I am demonstrating that they can easily be moved with our hands. In one segment, I show movement of the zygomas (cheekbones) without touching them directly using little force. It is possible to visualize one cheekbone moving in relation to the other. If the skull was fused, this would not be possible.

To compare what an actual fused skull should feel like, we use a plastic skull as a comparison. It may seem crude and simple but this is the motion that many so many argue over whether it is possible or not. If you saw the video, you have seen what is considered by most to be “impossible.” Even if it is not sophisticated, this is video evidence of cranial bone motion being moved by human hands.

I doubt this may not be enough to sway people but at the very least it shows the potential for cranial bone motion and makes ignoring the evidence in front of our eyes more difficult. Yes, more research, real research, is needed on this topic. Given that those who demand evidence for cranial bone motion do not have any studies proving that the cranial bones are fused, it would be nice if they held themselves to the same standards. Especially if they are going to claim to be “pro-science.”

At this point there is far more research, including studies from NASA, showing cranial motion along with video proof demonstrating motion. The best evidence, including anatomy, currently suggests that cranial bones can actually move. Therefore, rejecting the idea of cranial bone motion is not evidence based.

It would be nice if we could move beyond the argument and start moving forward with studying how we can help people with this. Those of us who do understand how to work with cranial bone motion are able to help our patients where others fail because we address the anatomy. Then we could all move forward helping people for their headaches, neck pain, and any other problems that can be helped by this. Otherwise we can just continue to ignore the findings.

How You Could Be Sabotaging Your Private Practice

How You Could Be Sabotaging Your Private Practice