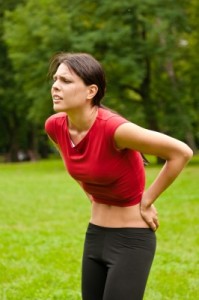 An Approach To Treating Iliacus Dysfunction

The iliacus muscle lies on the inside of the pelvic bones. Although it can be a big factor in low back pain, is seldom evaluated or treated. I have previously written that often times when we treat a dysfunctional psoas major, we assume that we are also treating a dysfunctional iliacus muscle. However, I rarely find that a treatment for psoas major truly does help resolve a dysfunctional iliacus. Although these two muscles share a tendon, they are two separate muscles with separate innervation. It has been my experience that to treat iliacus dysfunction requires a different approach than treating a psoas major dysfunction. Below I will discuss how I approach a dysfunctional iliac us during my Osteopathic Manipulative Treatment (OMT) that has given me success in many cases. This approach has helped save me a lot of time because treating other structures first will help get the best result.

Step 1: Evaluate the iliacus muscle
From the supine position, a portion of the iliacus muscle can be palpated by finding the anterior superior iliac spine (ASIS) and then SLOWLY let your fingers sink down putting gentle pressure on the medial aspect of the innominate bone. If the iliacus is dysfunctional, then you will not be able to sink your fingers very deeply and will be met with resistance. In addition, there is often a reflexive startle and/or withdrawal response where the patient will jump from the stimulation of the muscle. Neither of these are proper responses. Evaluate both sides.

In my experience, I have found when the iliacus muscle is that hypersensitive that there is quite regularly associated hypersensitivity and hypertonicity to the obliques on the same side of involvement and the lower rib cage as well. By putting pressure lateral to medial on the abdomen under the rib cage, it is possible to assess whether the obliques are dysfunctional as well. Furthermore, the lower ribs will regularly be tender at certain focal points in the intercostal muscles between the ribs. These points are often very sensitive when palpated and make the rib cage feel less pliable when gentle pressure is placed on them.

I recommend starting with doing a treatment for the abdominal diaphragm prior to specifically focusing on the intercostal muscles. I will not describe diaphragm treatment here. When you find the hypersensitive areas between the lower ribs, find the points that you feel are the worse and gently and slowly spread the two ribs apart to take up the slack at the area of tenderness. Once a release is felt, then move on to any other hypersensitive points. As these points release, then re-evaluate the oblique muscles. The hypertonic oblique muscle fibers should no longer feel hypertonic and should be less sensitive to the patient. If the obliques are still hypertonic, then it is important to go back and check the lower ribs more carefully to make sure there are not more hypersensitive areas missed. I rarely find the obliques will stay hypertonic and hypersensitive when the rib cage has been properly treated. 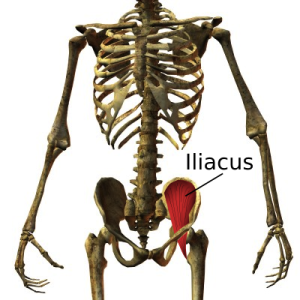 The Iliacus Muscle Can Be The Cause Of Your Back Pain

At this point, if you have been successful and the obliques and lower rib cage are no longer sensitive, then chances are that the iliacus muscle is no longer as hypersensitive.  The iliacus can then be palpated deeper into the abdomen without the resistance or response that was initially present. If iliacus tenderness continues, it usually not as pronounced. Many times, there is nothing left to do at this point. However, sometimes the iliacus still needs further treatment. Now it can be treated directly. To treat the iliacus, flex the knee and the hip and sometimes letting the knee fall outward or inward can improve the response of the treatment. One hand will put gentle pressure on the iliacus in a similar manner to evaluating it. The other hand pushes on the iliac crest of the pelvic bone on the same side being treated. Next, rotate the hand on the iliac crest to rotate the pelvic bone anteriorly until a relaxation is felt in the iliacus muscle. Once the most relaxed position is achieved, then wait until further relaxation is felt in the muscle.  After this is completed, then re-evaluate the iliacus muscle.

If the iliacus muscles are involved with low back pain, some patients describe a sensation of increased blood flow and an ‘opening’ sensation in their legs. In addition some may feel less tenderness and improved range of motion in the sacra-iliac joints, the sacrum, coccyx and the lumbar spine. Not all have such strong reactions because there are varying levels of how one’s body may respond and compensate for these problems.

My conclusions from these treatments are that dysfunctions in the lower rib cage, whether the problem is in the diaphragm, intercostal muscles or oblique muscles play a significant role not just in back pain, but in causing iliacus muscle dysfunctions. I believe that perhaps the obliques attaching to the iliac crest in close proximity to the iliacus muscles can activate and make them hypersensitive and hypertonic. The exact mechanism is unknown and would require further research.