The traditional birthing position, known as the lithotomy position, is not an ideal position for a woman to deliver a baby.  The position is standard and almost exclusively used by practitioners.  This position is convenient for the physician delivering the baby but can lead to a lot of complications for the delivering mom.  The complications may be slowing down the labor to forcing a C-section.  The purpose of this post is to challenge the notion that this is the best position that a woman can deliver a baby in during a normal labor. In actuality, this is one of the least helpful positions for delivering a baby. This post will describe in simplistic terms what has to happen structurally in order for a normal delivery to take place. It will then describe why the lithotomy position can be a hindrance to this.

During pregnancy, a woman’s body will release a hormone called relaxin. This hormone, relaxin, causes all the ligaments in the body to become looser. Its biggest effects are seen at the sacroiliac joints and that the pubic symphysis. The reason for this is so that structurally the body can be more pliable and accommodate the passage of the baby. The first step when labor begins is the head of the baby must drop down into the pelvis. In order for this to happen, the base of the tail bone, known as the sacrum, must tilt backwards (see Step 1 picture below).  This flattens the lumbar spine and increases the space in the pelvis for the baby’s head to drop into it. When the base of the tailbone tilts backwards, the tip of the tail bone must tilt forward.  The problem when this happens is that it makes the space smaller at the pelvic floor.  A smaller space at the pelvic floor means a smaller space in the birth canal for the delivering baby. The body has a solution for this. 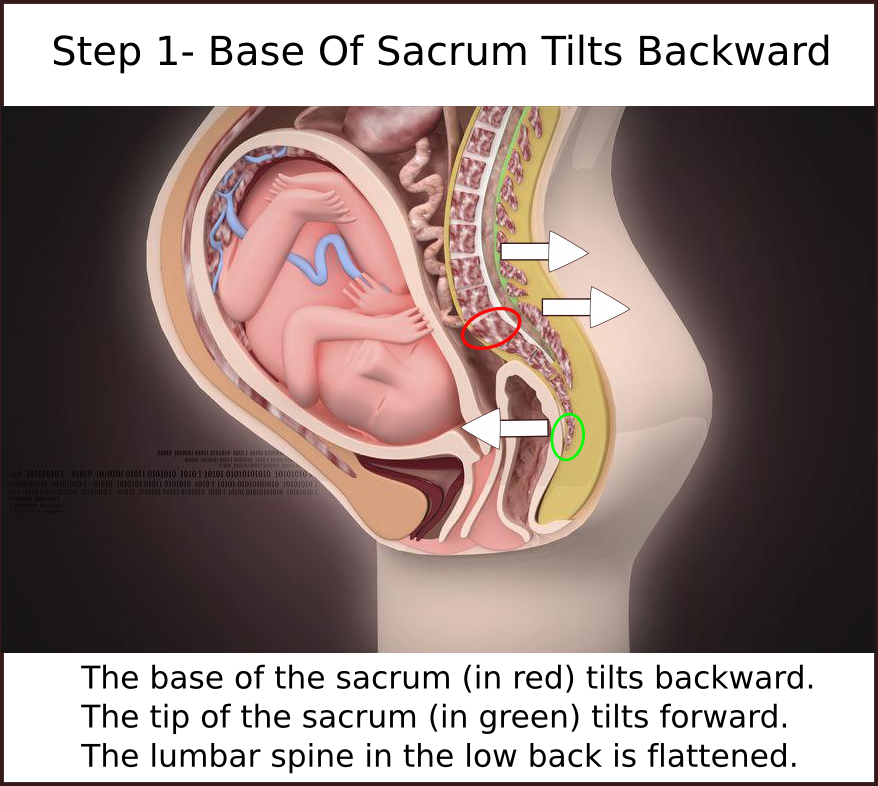 So the baby’s head dropping into the pelvis triggers the next step. This step increases the size at the pelvic floor to increase the size of the passageway that the delivering baby has to go through. This occurs by the base of the tailbone tilting forward and, like a seesaw, the tip tilting backwards. The tip of the tailbone tilting backwards increases the space between the tip of the tailbone and the pubic bone. The pubic bone is a common place where the delivering baby can get stuck.  By increasing the space here, the baby can then make its way out as efficiently as possible. It is also important to note that typically gravity plays a strong supporting role in helping this process. 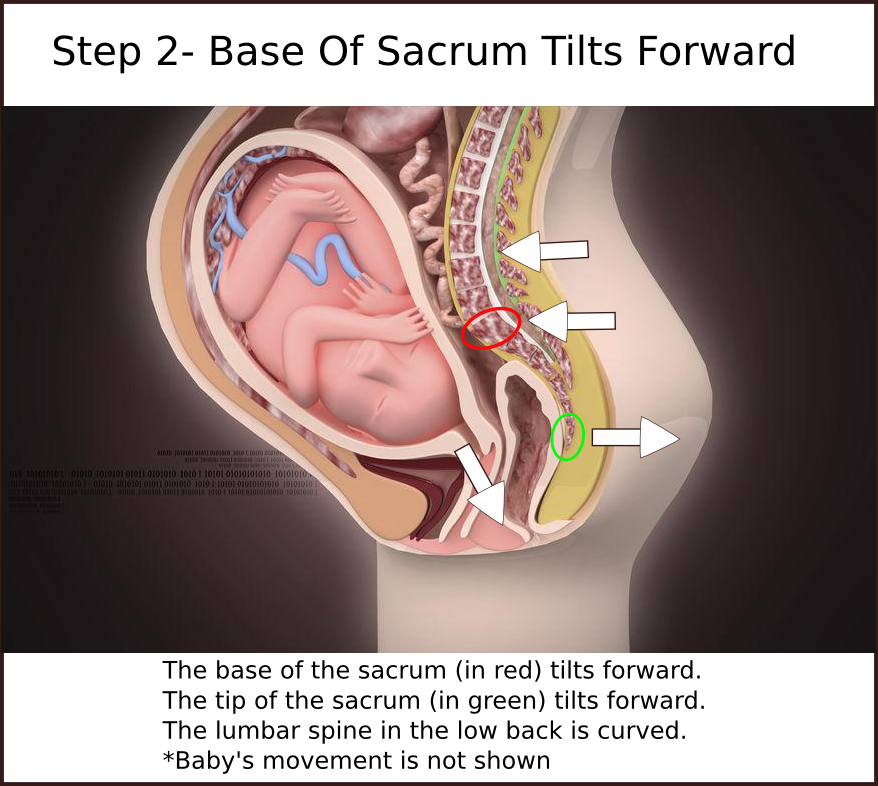 The lithotomy position is with a woman lying on her back and often with her feet up in stirrups. This position completely negates gravity’s ability to help deliver the baby. In addition, the weight of the mother is solely on her sacrum. This much pressure on the sacrum pushes the whole sacrum forward and prevents it from being able to tilt forward or backward. Not only does this make the space in the pelvis smaller that the baby must go 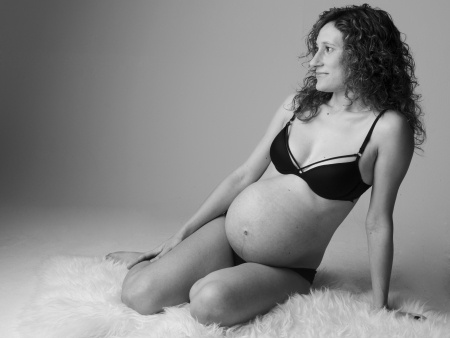 through but it also makes the rest of the pelvis less pliable by “locking out” the sacroiliac joints. Some doctors argue that the sacrum does not move or may feel like the shift in its position is negligible. In my practice, I can tilt the tailbone back and forth without too much pressure on people that are not pregnant. If I can do that with my hands, imagine what the weight of a laboring woman whose ligaments are influenced by relaxin focused directly onto her tailbone does. It is certainly significant! The lithotomy position makes delivering a baby much harder by making the birth canal smaller and less pliable. This can make the delivering baby unable to efficiently get through the birth canal, make the delivering mother more prone to tearing, and lead to more C-sections among other problems.

For more information on birthing positions, I recommend visiting www.giving-birth-naturally.net. What Takes Place During A Colon Hydrotherapy Treatment? Your Questions, Answered!

What Takes Place During A Colon Hydrotherapy Treatment? Your Questions, Answered!